Dive. Emerge on surface. Shake your head in your significant move (not unlike the dog out of water). One shake, so that the water leaves the ears and the hair lands just so. There is the weight of it. It’s Samsonian. It’s power. It’s your precious fur. And these are its stories.

When very young, your grandfather has a brilliant idea to shave it all off, to improve its texture. It works. It grows back resilient to any styling. It grows back screaming: try to shave this!

But the dread of being hairless remains. Hairdressers become worst enemies.

Every time you wash it, it takes on a life of its own. It looks different. For somebody who doesn’t like to change, this is bothersome. The look into the mirror in the morning after a hair-washing day is a nightmare.

You think it will help if you get a perm, even though you’re not even out of primary school yet. It doesn’t. You look like a sheep and your hair is considerably ruined. You need to have it cut rather alarmingly (but not really) short. It’s a good cut and you’re relatively happy as long as the cut holds. But soon it begins again, the hair whirlwind.

Everybody wishes to do something. Put it in a ponytail. Move it to the side. Smooth it. “Do something with that hair! Go to the hairdresser!” By this time it has become the case in point, the counter mentality. If everybody wants you to do something, for SURE you will not do it. It just shows you what they think you ought to do. In order to become what? More like them?

The only time you let somebody cut it really short, it’s a disaster. When you order a drink, waitresses look you in the eyes from close up and address you as male (a terrible, shredded bus driver’s leather jacket, with which you don’t wish to part, doesn’t help).  When you walk around in it, alone, you’re the most dangerous person on the block. It’s like somebody has taken your tenderness away.

But it grows back and this time you bet it’s for good.

And everybody who tackles it is still defeated.

One time you need a ride from a card tournament. The man who agrees to take you is a chess player, a good one. You talk some more and when asked what he does professionally, he replies, with a slight grin: “I cut women’s hair.” And so you agree to an appointment. It feels like a doctor’s, for you it always does.

You will never forget the look in his eyes after he is done and says: “You just defy any grooming, you need to stay wild.”

You grin on the inside, because it confirms what you know.

Another time you agree to be a test bunny at a soul healing technique seminar. They are two of them working on you, trying hard to help you recognize one little aspect of your past or present that you’d like to work on. And change it.

This angers you a little. You like your patterns. You like your history. If you wanted to act any other way, you would have. “Maybe we can work on my anger,” you say.

After the seminar and a lot of lying on the table and envisioning colours and previous deaths, you observe the leader, trying hard not to look you in the eye. Later he will be quoted saying about you: “Look at her! Look at her HAIR! It’s immediately obvious: she’s a free spirit!”

Another little smirk of recognition. You could have told them this at the start. 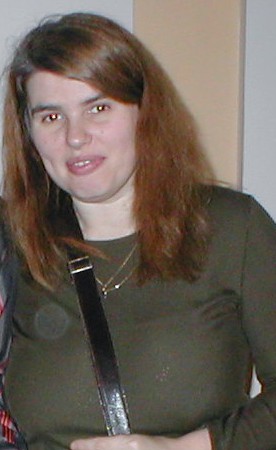 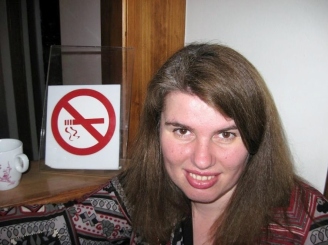 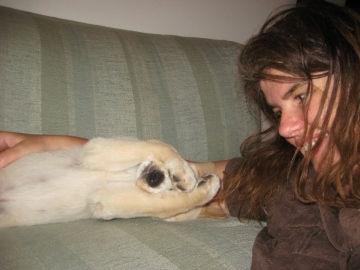 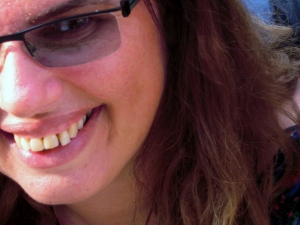 Life continues. Hair starts to fall out but since you started out with so much there is still enough of it left. Also it turns grey. This requires regular dyeing and you find a hairdresser who does it for you. After that she takes hours to blowdry it just so with a curling brush even though you’d much rather dry it naturally. She makes you look like her because to her that is pretty.

After years of this, as your ex relationship is drawing to a close, she exclaims: “Do you see what an improvement we’ve made? Do you remember how you looked like when you started coming in?” Hm, more alive, that’s for sure.

Now you see why your best hairdresser has always been the sea. One time, that month on Crete, it almost gave you dreadlocks. And the rain, the rain makes magic too: it makes your hair curly in such a way that no hairdresser has ever been able to reproduce it.

And now you have a third perfect hairdresser. He is as determined to make you into a lady as you are sceptical. And when he is finished washing and dyeing your hair, you don’t know if your hair is as soft, shiny and smooth due to his determination, love or a secret ingredient.

The fight will be tough though.

You are almost willing to bet on the sea. 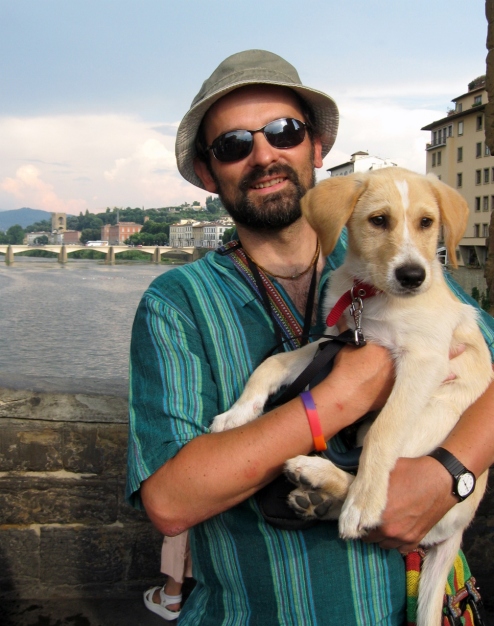 On the contrary, he’s celebrating today. That’s why I’m including something he asked me to do: translate the lyrics of I Got Life from Hair into my language.

Here it is, first the original and then the translation with images of my man Zedd doing his thing. I should post the entire video but he wouldn’t like it. As it is, now you can’t see him shake and groove though, too bad. But the spirit is clear. 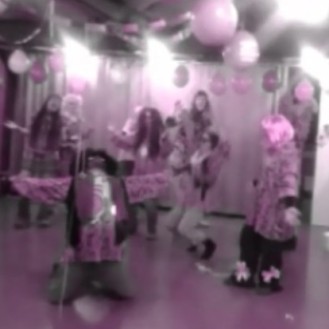 in u badu sem kot ti.

in u badu sem kot ti.

Happy birthday, my early and constant co-traveller through life.