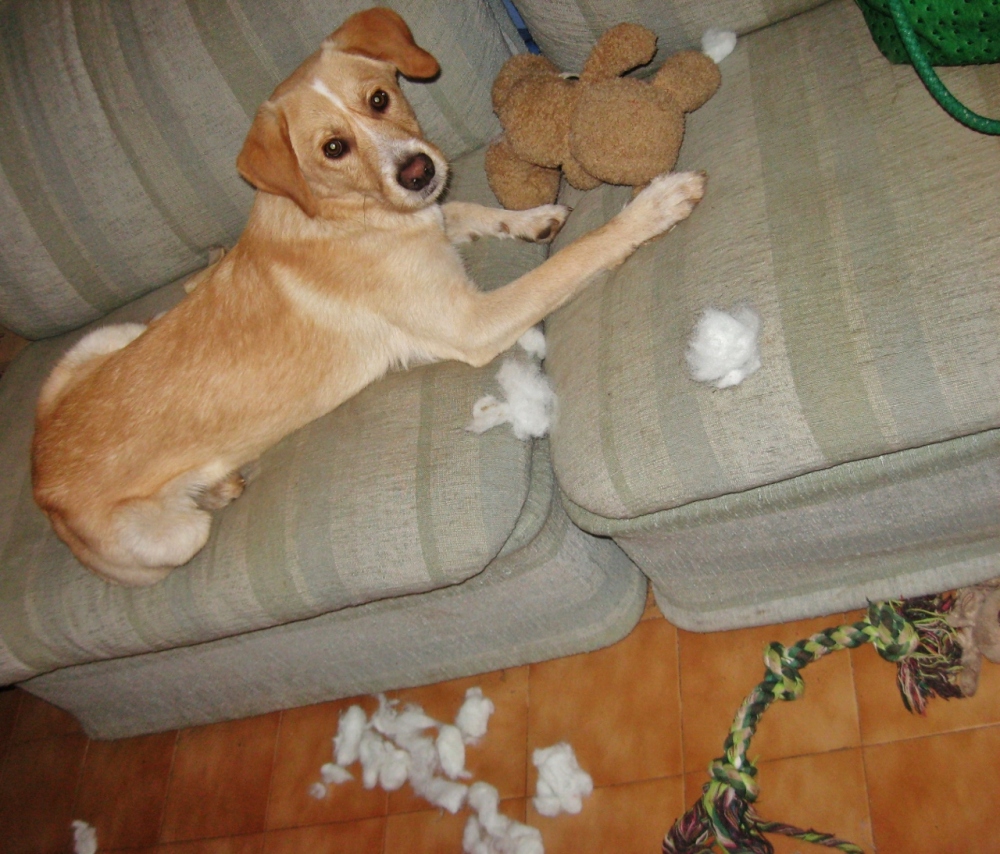 Hey, there. I’m Fonzie but for some reason they call me Bestia. 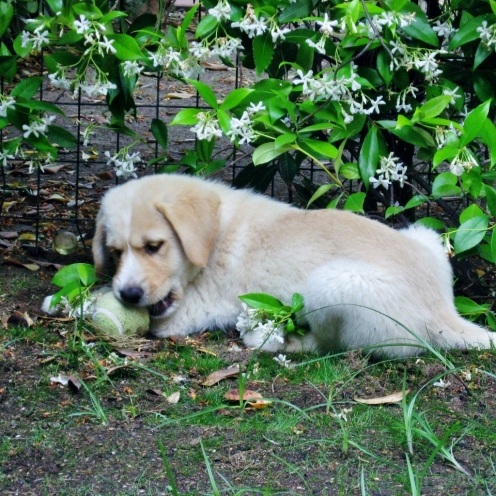 …even after I let her play with my ball without a single complaint?

Can really nobody see my other side? 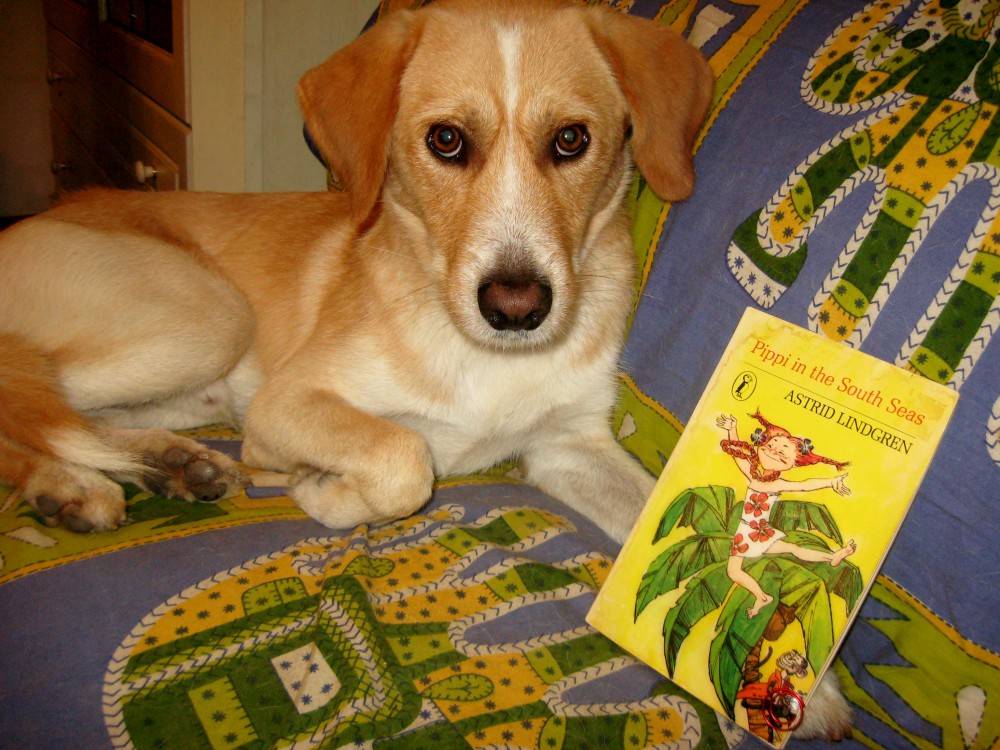 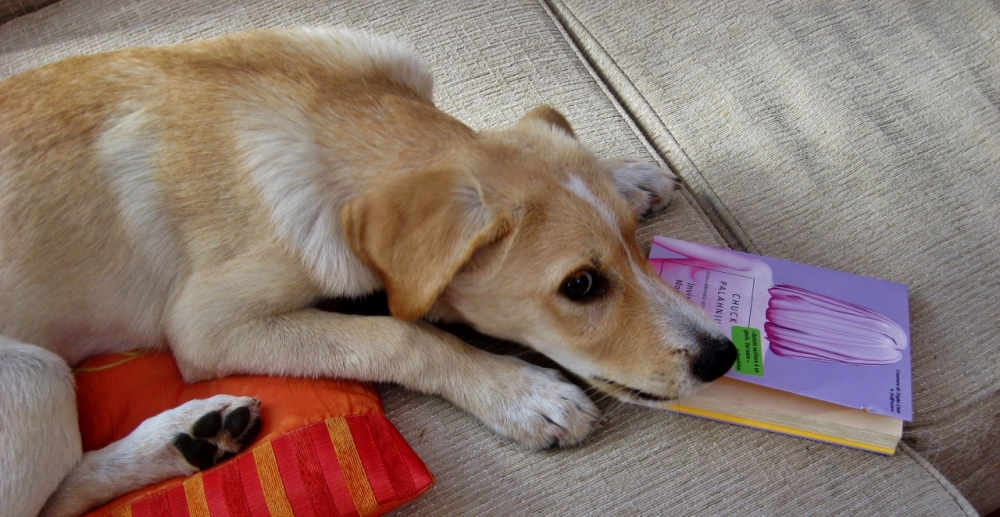 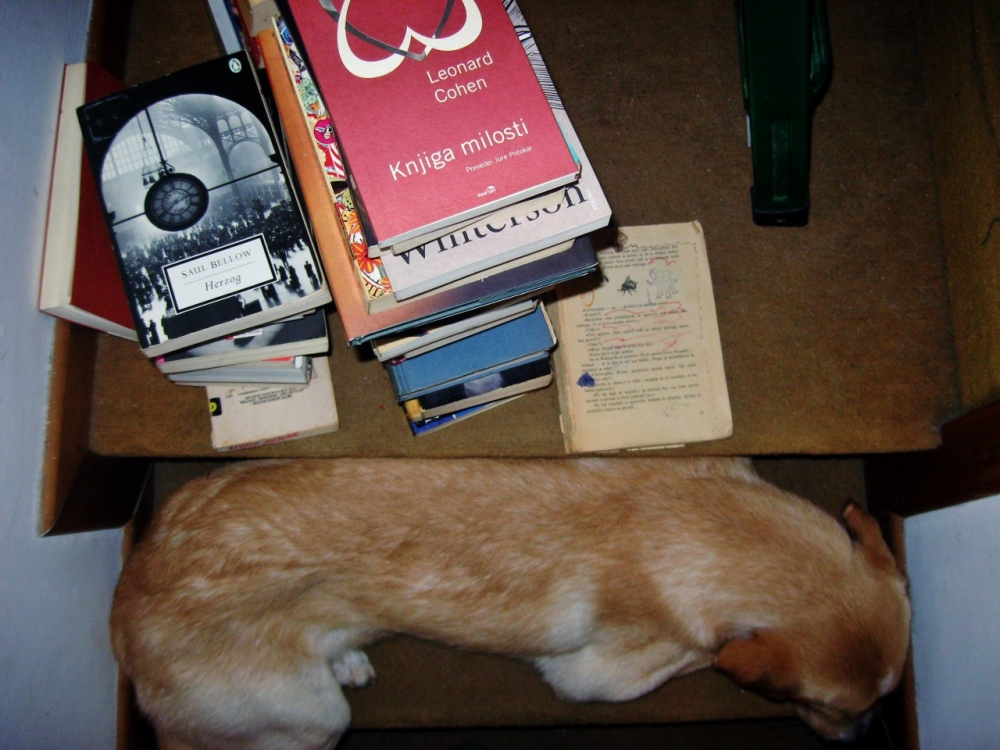 Seeing someone reading a book you love is seeing a book recommending a person.

Bestia has great taste. Book courtesy of another Pippi from a Canadian beach that looks just like ours. Photo: MM

The internet is a strange thing. It can bring you a new life or an old book over the ocean. And neither you can see coming.

I think it was after I published myself as Pippi. “Give me your address,” she said. “I wish to send you an article about Pippi from a magazine.” But how about scanning it? “Nooo, it’s too complicated.” Okay, the snail mail address it was.

And when my postwoman finally found me, I could see why no scanning would do: beside many other little colourful things and the article about the mother of Pippi, Astrid Lindgren (which reminded me that indeed my father and I met her one time in Slovenia and took some photos of her), there was a book. Yellow and green and red. When I opened it, I could see a sticker declaring that this book was given to Samantha Pepper in 1982 for “her attitude & workhabits”. Might be then but now it was given to me. Quite possibly for my own habits which have never steered far from Pippi’s.

There is a girl who lives in Vila Čira Čara and who doesn’t wish to become bug (“velk”). And there is another girl who lives in Cornwall Street, has even better hair than Pippi and sends hearts and butterflies and books.

As I am reading the book again, everything feels just as I left it, even though it was in my language when I read it last. There were a Vila Čira-Čara, gospod Ficko, the island Taka-Tuka and stranh, which have now been replaced with Villa Villekulla, Mr. Nilsson, Kurrekurredutt Island and a spink. Obviously the English translator was not really feeling inventive with the names – they still sound decidedly Swedish.

Bestia says he can smell a horse, a monkey and some sharks.

There is the familiar ease with which Pippi sets on even the most difficult missions, there is the permeating sensation that school is WRONG – just look at that horrible line of questioning when Mrs. Rosenblom comes to visit the school (I forgot her name in Slovenian), and the children must make lines depending on how many brothers and sisters they have, and then Pippi takes the matters in her own powerful hands. She will speak her mind but not after she has some fun fooling everybody that she is just a girl. She will help the deserving, and shame the oppressive, and she WILL win. Over the buyer of the villa, the pirates and the sharks. 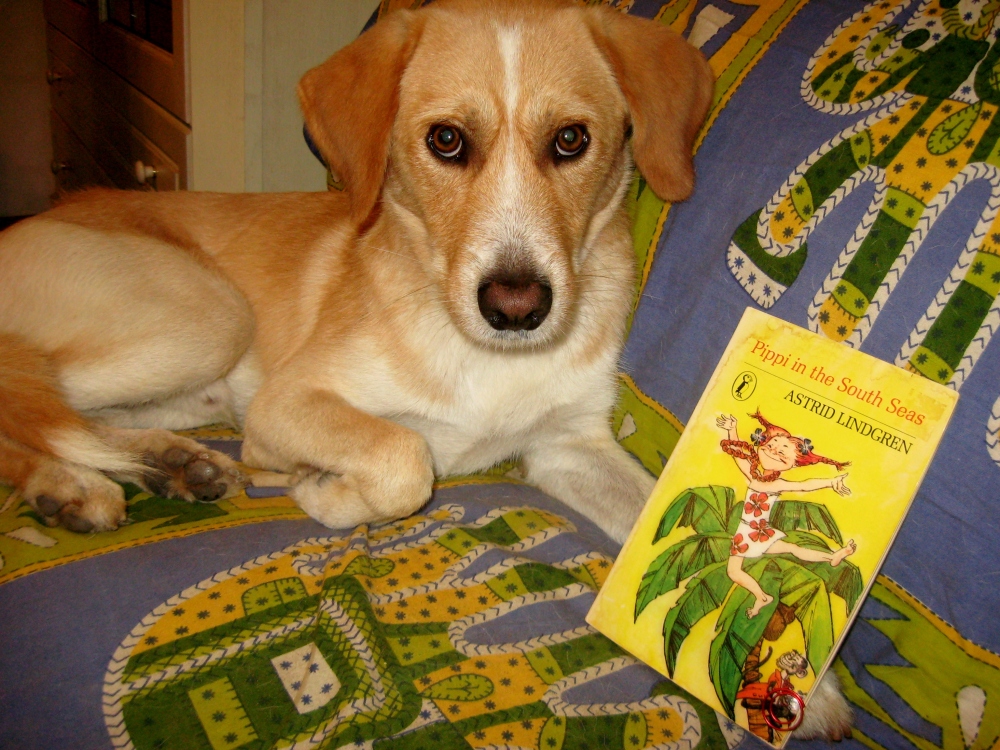 As if he is saying: “I warmly recommend this book but beware: it can change your life, like only the best can.” Photo: BM (vintage) & MM

Sometimes I thank heavens (when I should be thanking my parents, especially mom and dad) that I was reading the right books when I was a child. They equipped me with the right state of mind and they keep bringing me the right people. ❤