Half pa pu is a language invented by American Slovenians. Half is English, pa pu is Slovenian dialect meaning “and half”. The fact that in most of the photographs below there is only half a ship (or less) just adds nicely to the theme.

Many left from this very port, Trieste, on the border between Slovenia and Italy. For almost ten years after the second World War there was (theoretical) half a chance for it to become Italian, and pa pu chance for Trst je naš (“Trieste is ours”). And then Tito said No to Stalin. 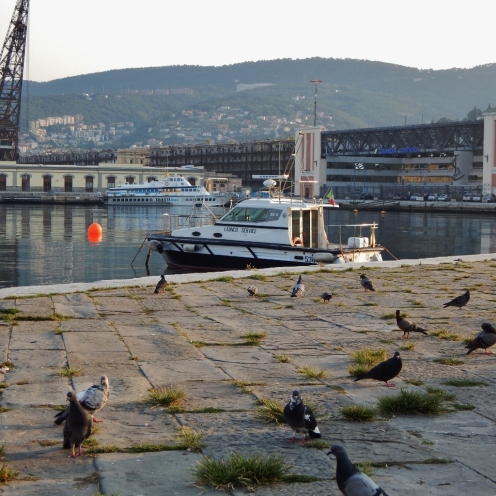 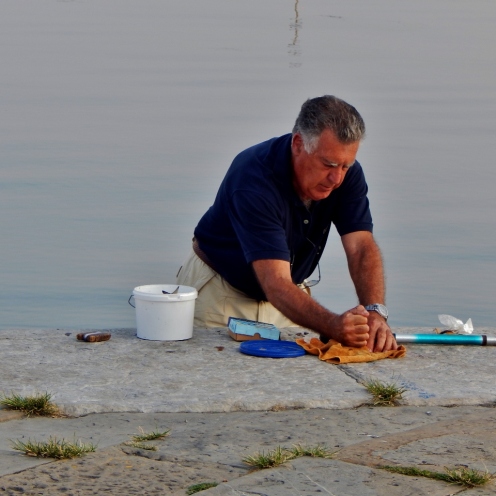 Many left on a ship. I hope it was more than half a chance to survive the voyage. 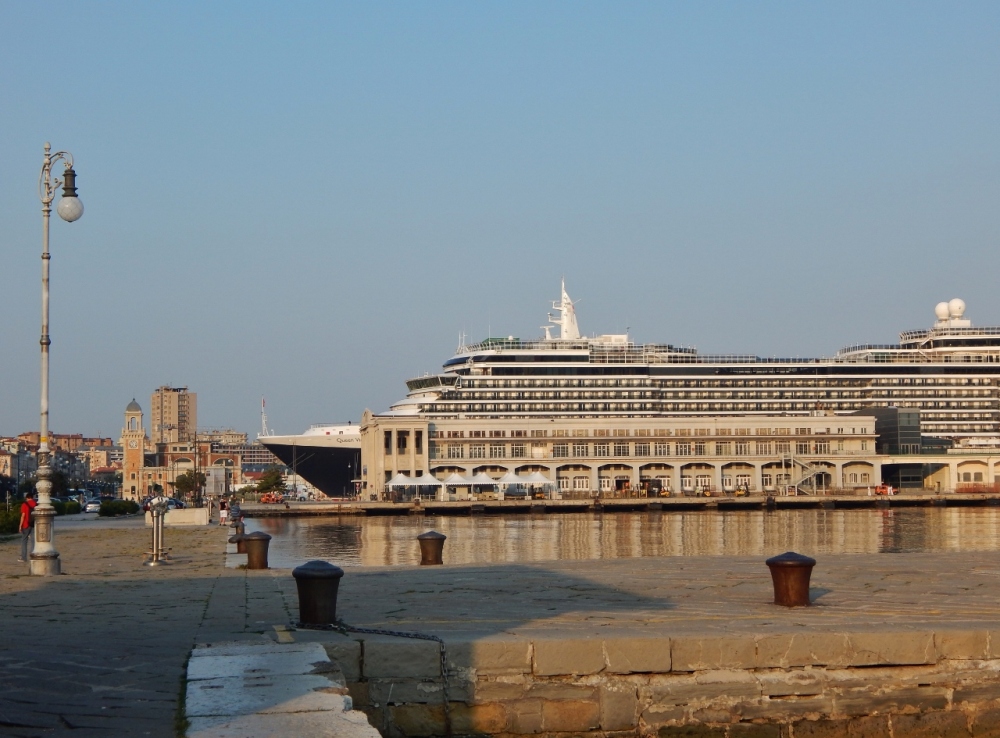 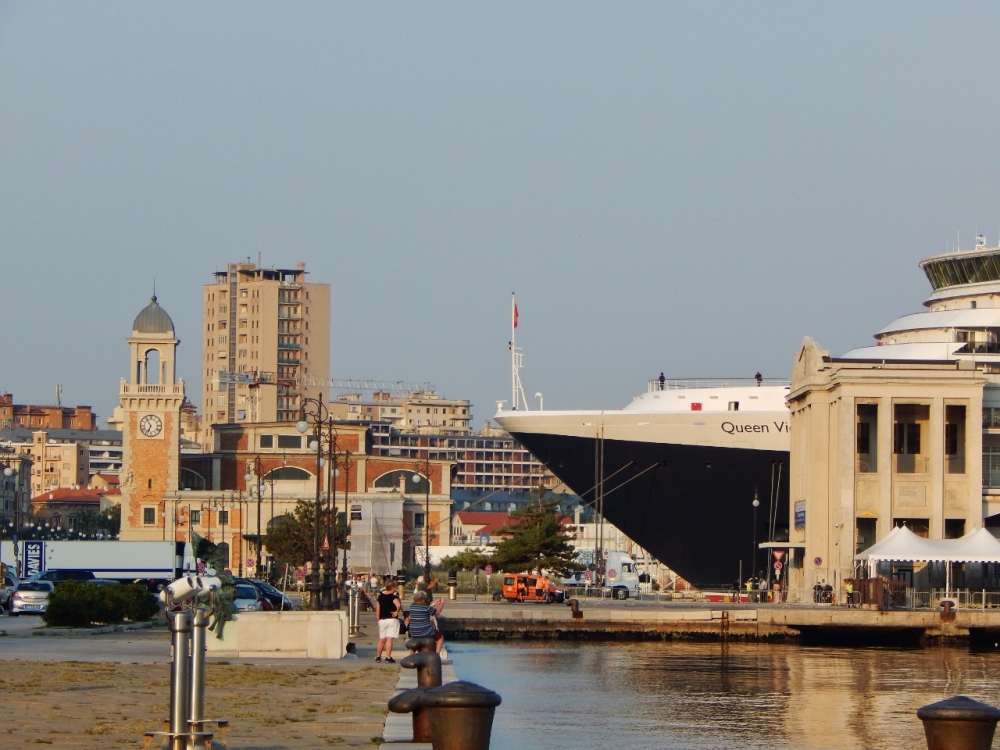 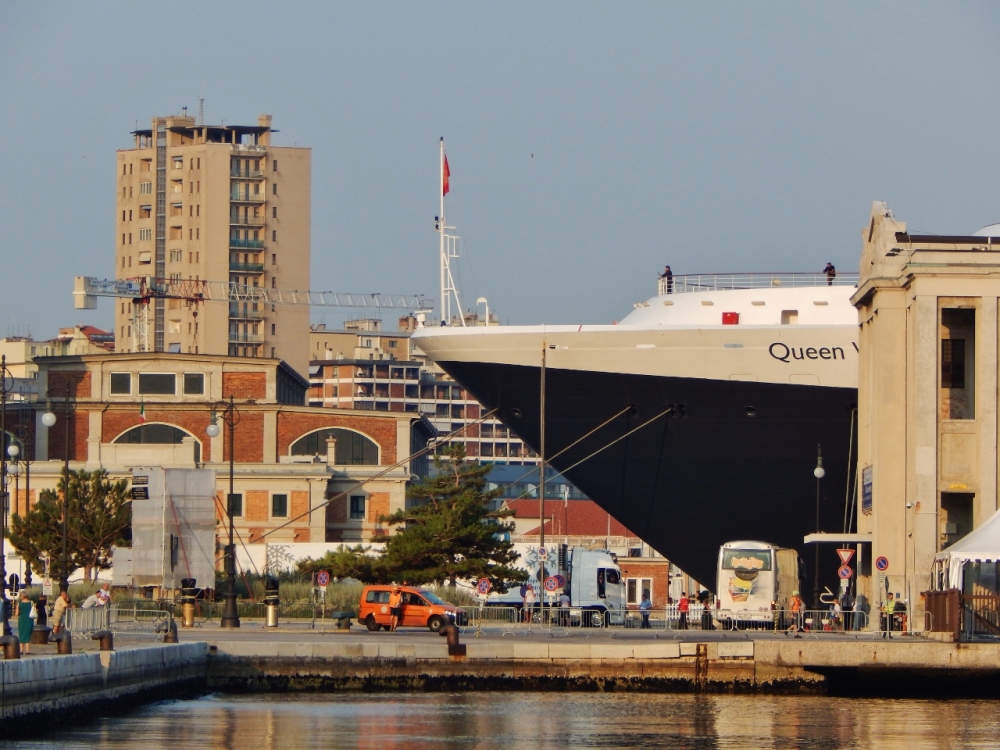 There is not even pa pu chance that the ship looked like this. 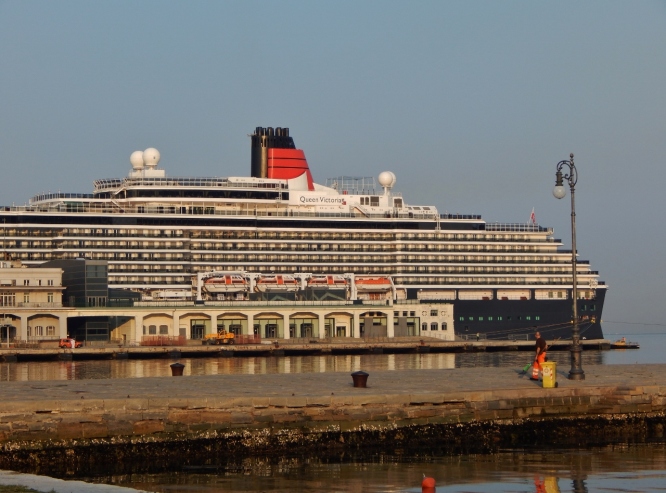 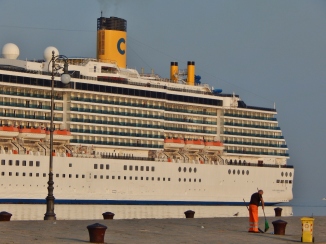 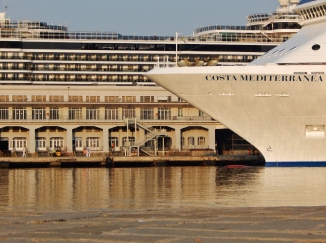 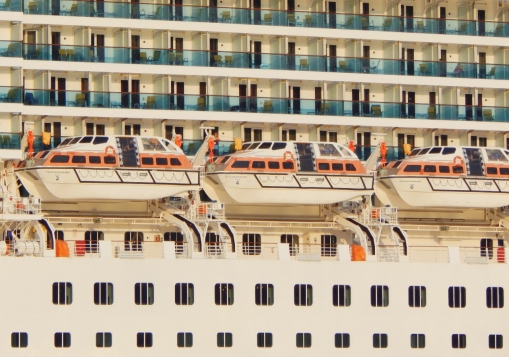 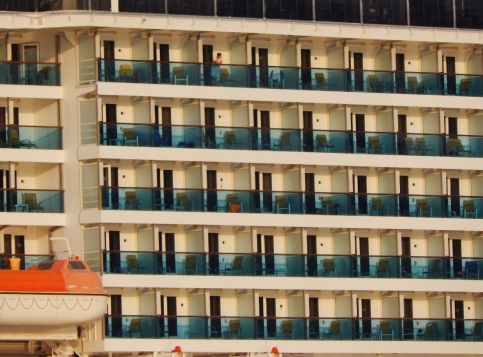 I don’t know how much chance there was for us meeting, but here we are. Mezzo pa pu. The best of both worlds.

This was in December 2012 when he first visited my country upon arriving by train from Roma to this border town. 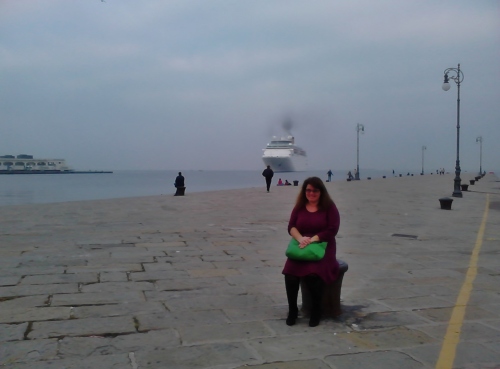 And this was today, on the same spot (ADD-IT: Nope, closer to the lamp by one), as I put him on a long, delayed and hot train ride. 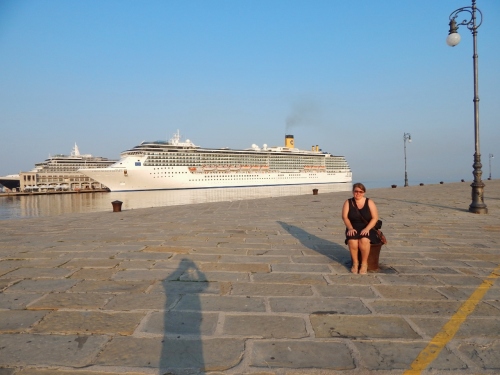 But he’ll be back. No percentage necessary. 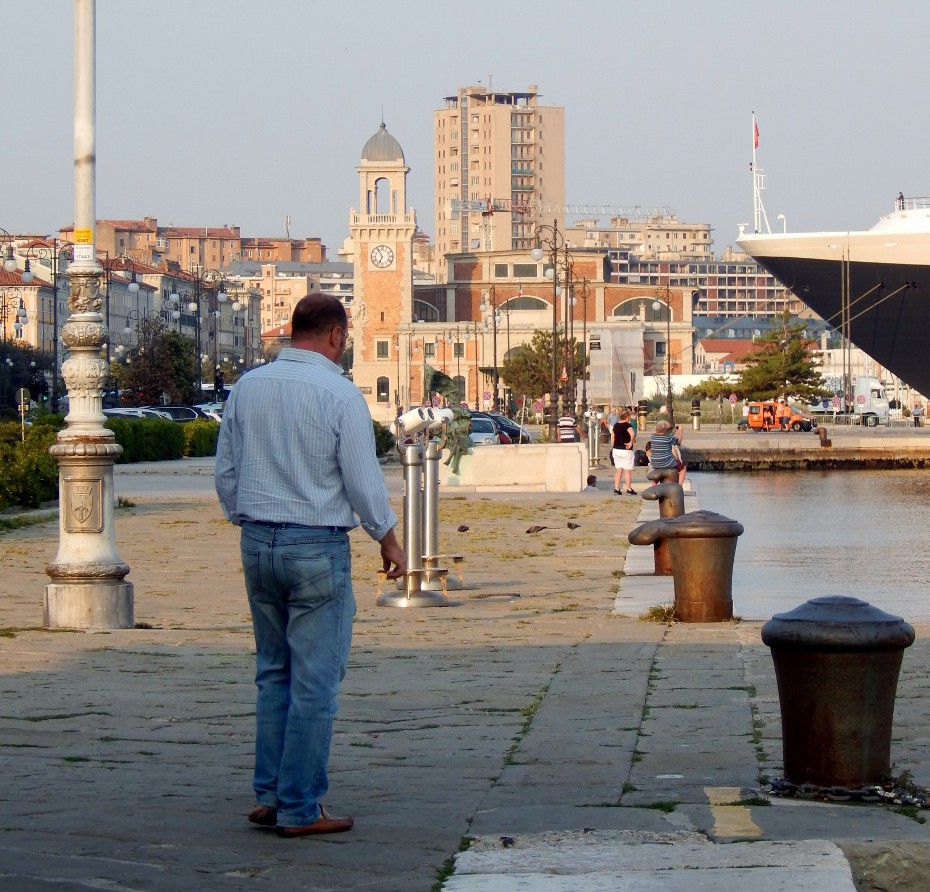 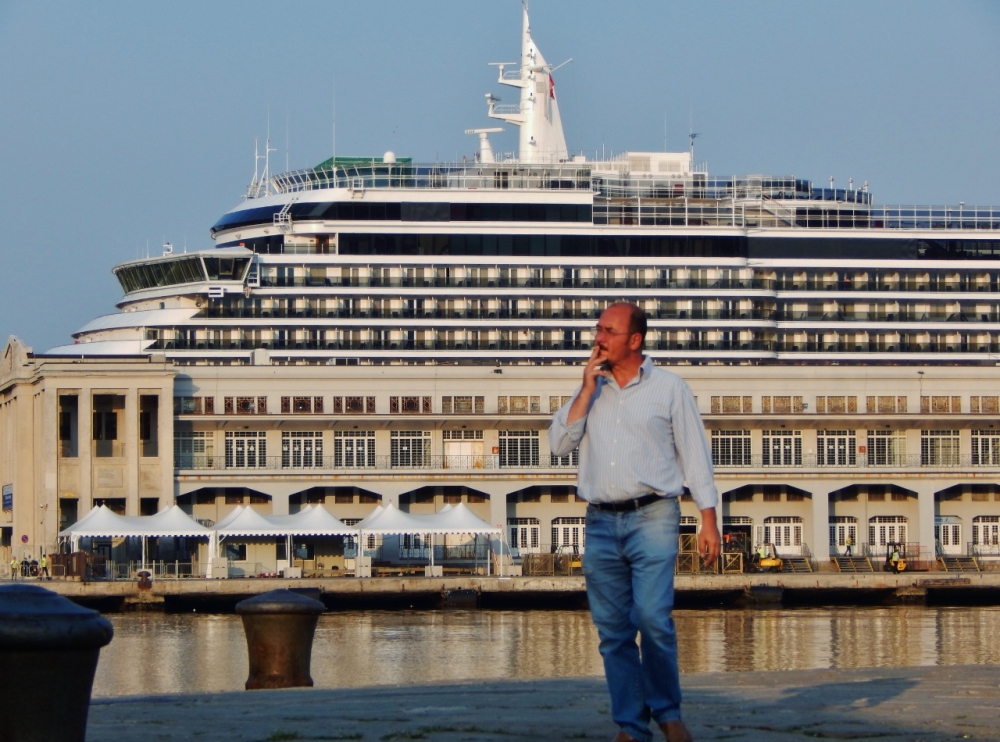 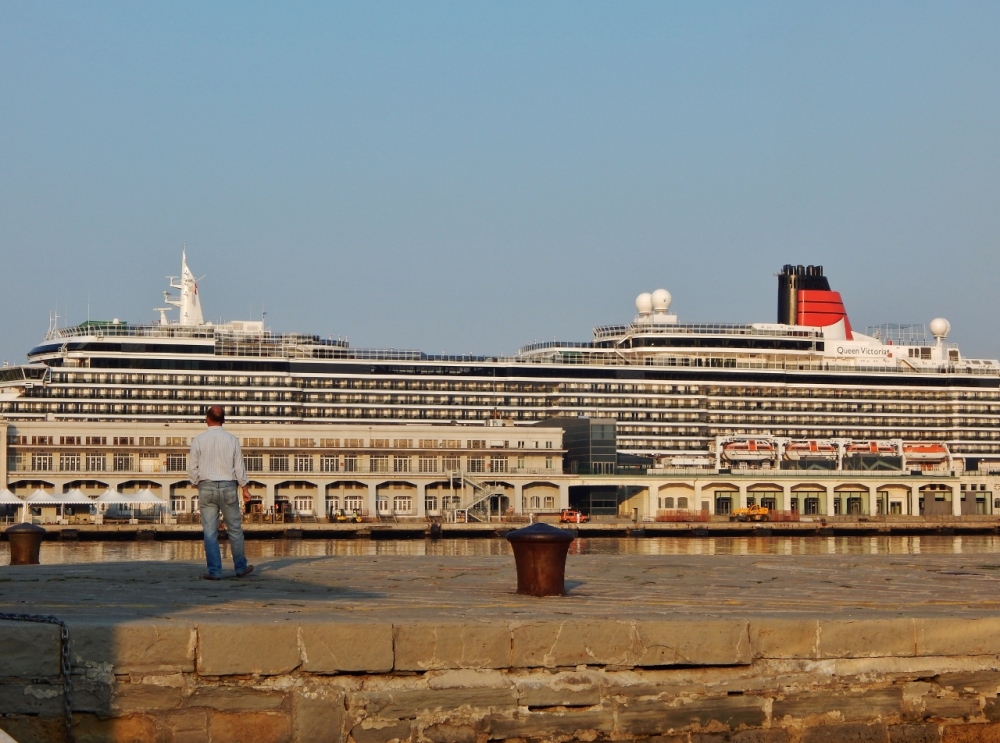 In response to The Daily Post’s weekly photo challenge: “Half and Half.”