I found a neat little thing, http://www.travellerspoint.com/travel-maps.cfm, and now I’m travelling the world.

First, the actual tour of my life, the places of importance, where I was born and how I was slowly discovering my homeland and then the neighbours and then some other countries. LA in SF are the only two places outside of Europe, what a stay-at-home. And I love the last leap (but not the final, I have plans, at least for Sarajevo and Napoli) from Piran to Capalbio. Next to it there is a star, meaning home. 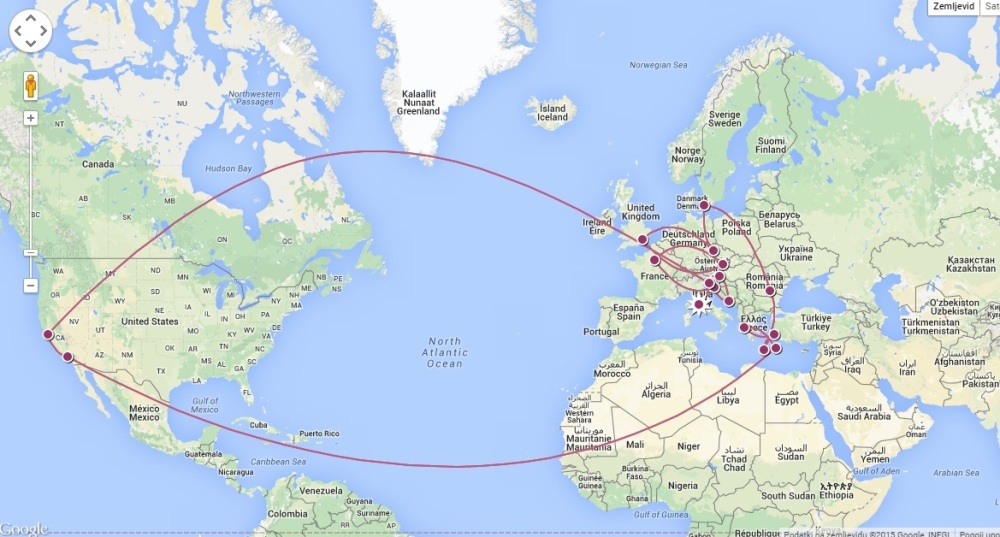 Next here is the Pearl Jam Life Line tour

If I made the third map, it would be of places I still wish to see. I know there is Cornwall on it, and Sarajevo, all the rest of Italy, and every remote or not so remote island there ever was (for example Bora Bora). There is entire Canada, Peru, New York (but mostly to see this house), New Zealand (because they have the Alps, too) and Madagascar, for some reason (maybe because it’s an island). Looking at the map of the world after I haven’t seen it for a while, I’ve realised that it is indeed vast and it is good this way. I plan to live long.