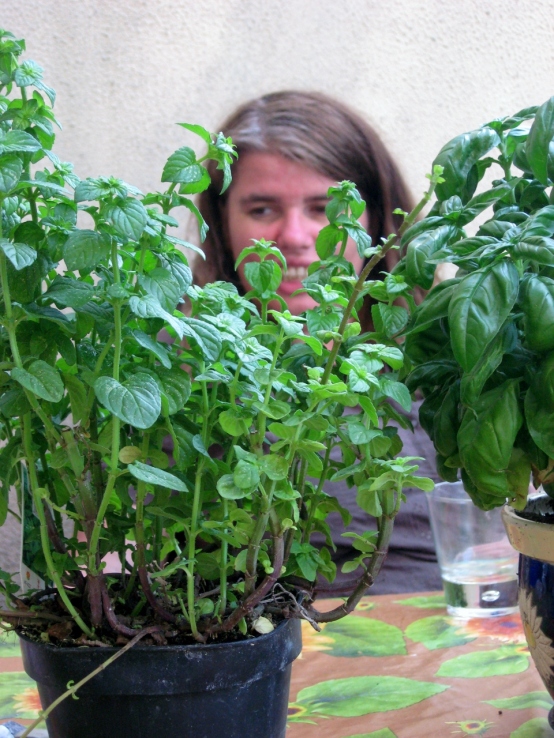 How a language is learned:

You take an assortment of vegetables with telling names – you may never encounter fave in your life, but it’s a favourite around here in early May and they eat it raw; carciofi can be found everywhere as well; bieda (or bietola) is for sick people; cicoria is eaten like spinach, at the end of the meal; they only trust the green part of sedano; and my favourite, deceiving finocchio (also eaten raw for a snack, smart Italians, healthy despite themselves).

There are fruits with female names, albicocca, pesca, mela, growing on their manly father trees albicocco, pesco, melo. Beware of figo or figa in mixed company. Ribes sounds exactly the same in my language too, I love it when there is no work involved. Gelso is one of the tastes of gelato (it is mulberry and I had to google it, in my country nobody takes time to pick them off trees).

Then there is senape, which is mustard of all things.

And when you wish to make a child laugh, you peek from behind a wall and say Settette!

You add a black and white bird named after a soccer player – gazza, and a gufo, must be the smart gufo. Luigi is a neighbour and a carrot-eating friend and he’s an asino. There are plenty of fish names which are confusing (branzino and spigola are the same!) and moscardino which is not mascarpone neither maraschino but a little octopussy.

And then you’re almost half way there.